The Internet was designed as a distributed network to resist attacks of all types. In the 1960s, researchers Paul Baran and Donald Davies, developed the idea of a distributed, adaptive network. Their research caught the attention of the Advanced Research Projects Agency Network and became the foundation for ARPANET, a precursor to the Internet.

Over the last 50 years, the Internet has proven itself remarkably resilient. While individual sites have been hacked, nobody has succeeded in "breaking" the Internet itself. A key factor contributing to the Internet's success has been its distributed architecture which precludes a central repository.

Some of the most popular password managers take the opposite approach. They create centralized databases containing the passwords of millions of customers. They employ encryption techniques which they claim make it impossible to compromise security by all but the most powerful supercomputers.

While it is true that modern encryption techniques are increasingly sophisticated, cracking encryption is not the only way to steal data. Hackers have a myriad of tools at their disposal and regularly succeed in compromising some of the largest corporations and government institutions.

In almost every case, they target a central database storing confidential information. Criminals will go to great lengths to steal millions of passwords so these sites become magnets, attracting the best hackers in the world. In the best case scenario, breaches in password management software are reported, and vendors publish patches for users to install. At worst, makers of password safes are unaware that their systems were compromised. Their users may be victims of identity theft without ever knowing.

For these reasons, Ascendo developed the Distributed Security Model for Password Management ©. With DataVault, your confidential information is stored on your device, not on a server. You can synchronize DataVault on different devices using a personal account on Dropbox or iCloud. A hacker could still try to break into your information but they would have to breach several layers of sophisticated security to access one account. But why would they, when with the same effort, they could access millions of accounts for a password keeper using a central repository?

You can configure DataVault to minimize data exposure while syncing or avoid the cloud altogether by using Wi-Fi. Whether you choose to keep information solely on your device or synchronize with other devices, Ascendo uses enhanced AES encryption, the most trusted technology available to protect your private data.

Ascendo’s Distributed Security Model for Password Management © provides a better foundation than password safes built on a central repository. We are hard at work to make DataVault the world's best password manager, period. 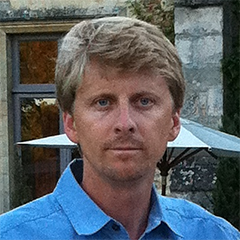